SGT Stubby is a movie you should see. It’s the animated version of a true story, that of a stray dog who was adopted by Soldiers of the 26th Yankee Regiment in training and followed them into battle. He is the most decorated dog in U.S. military history.

Look at this dog. Look at him. 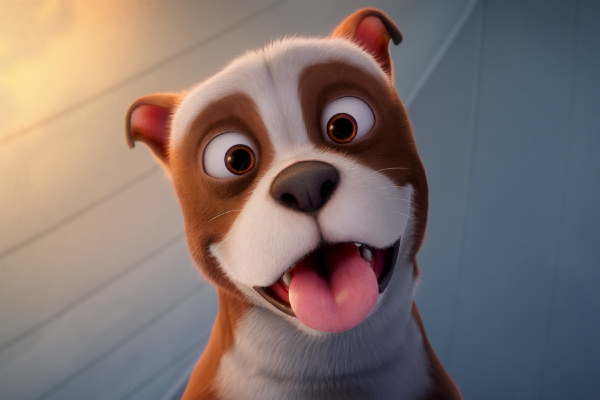 He is this cute the entire movie and brave to boot.

Beyond that, SGT Stubby is a good history lesson. World War One, called the Great War by many, is often forgotten by modern historians to one degree or another, dismissed as a mistake and a failure of European culture. These things may be true, though some who fought through it like C.S. Lewis and J.R.R. Tolkien stated all their lives that they still believed they had been fighting for the freedom of Europe. Read In Flanders Fields. There is a significant argument to be made for the truth of these beliefs, considering the nature of the Kaiser and the relatively recently created German state, itself a product of Prussian conquest.

WWI birthed the great despair of our century, or at least it was the time when it started to speak in whole sentences. Spare a thought and a prayer for the likes of Lewis and Tolkien, who fought it off. Very few intellectuals did. A lot of people died in hellish ways— gassed, shelled, shot, from infection, starvation, all manner of disease. They should not be forgotten.

I suppose modern history teachers believe in the Great Moral Arc of History and so deem WWI a minor digression, unworthy of proper analysis except to shake our heads in despair at such folly or swoon at the words written against war by men who allowed another war and even worse things than war to happen almost immediately. This was my experience as a child.

SGT Stubby is a wonderful way to alleviate this common mistake and celebrate those who lost so much. It is also a good way to teach kids about war in general in a way that’s smart but not too much.

For one, you get a view of the misery of the trenches and horrors of the war that threads the needle in just the right way for children. They don’t skimp around disease, injury, and death. We see our guys, including Stubby, get injured in battle. There’s no blood— probably a rating thing— but it’s clear people get hurt. You never see anyone die, but people do. It’s not hidden away and it is painful. Friends are lost. People are afraid of something that will kill them horribly.

To use a metaphor made by men better than me, you don’t get the dragon slayers that you will need by telling children dragons don’t exist. I had nightmares about death starting when I was seven years old. Kids know there are dark things out there. Give those things their real forms as gently as you can and also give them hope against them.

That’s something else this movie does well. There are bright spots. There is brotherhood, the love of a good dog, a good meal made from an unlucky rabbit, a sunset in a quiet moment, letters from loved ones, and a hot bath on furlough. The world is full of terrifying things, but there are good ones, as well.

In fairness, the movie might do too much to make the Germans seem like monsters. You rarely see them without their gas masks on. For generations now the aesthetic of the 20th century German military have been the aesthetic of evil and there’s no way around that. I also don’t think WWI had as many shades of gray as people tend to say it did, based on the non-despairing accounts of veterans. There are little humanizing moments for the Germans, however, though I’m not sure a kid would notice.

There are more little dramatic choices. Stubby sneaks in after his boys int he movie, for instance, but in real life they smuggled him in. None of them over-humanizing him, though. Stubby acts like a dog. He’s not anymore anthropomorphic than your actual dog. Probably smarter, though.

At the end of the movie, we watch the men fight to the very end— the eleventh hour of the eleventh month. No one claims to understand why they were ordered to fight to that moment when they knew it was ending. This is hard to watch. Many things about the Treaty of Versailles were very stupid. It was badly done and led directly to WWII. If you take kids to this movie, they’ll probably ask and that’s the best answer I know of.

For those who are history buffs, Captain George S. Patton shows up at the head of a column of tanks, which hews pretty closely to history. I know that got someone out there purchasing a ticket on its own. Also, the WWI look is really well captured in the 3D animation and the 2D transition sections the movie uses occasionally.

I believe stories matter. They help make us who we are. All too often stories these days are badly done or promote madness as normalcy, even for kids. True friendship especially gets forgotten and earnest courage gets lost, though they are two of the healthiest things I think we can have in our lives.  SGT Stubby is the kind of story I want to see more of and the kind I try to write. What’s more, it’s a story about boys being boys and doing good things, which is something that we just don’t see very often anymore but that boys do need.

Also, it is not a prequel, sequel, or remake.  Purchase tickets for SGT Stubby at a theater near you!

I am, among many other things, an Army vet and a freelance writer. View more posts

One thought on “SGT Stubby Review”